Spinal cord infarction is a rare entity that can be caused by interventional procedures such as chemoembolization applied for breast tumors, despite its high level of safety. This is the case of a 51-year-old female with chest pain and hemorrhage from a friable neoplastic lesion of the bilateral breast without improvement after conservative measures. After embolization of the tumor arteries, the patient developed crural paraparesis and global lower extremity hyporeflexia. MRI showed hypersignal in the anterior spinal cord, suggesting ischemia/infarction of the spinal cord in the territory of the anterior spinal artery. Although chemoembolization is considered a safe procedure, it is necessary to recognize its inherent risks such as spinal cord infarction, in order to avoid unnecessary risks in the patient. Despite being an extremely rare complication, its incidence increases gradually and its causes need to be studied as it is potentially fatal.

It is estimated that 44, 130 deaths (43,600 women and 530 men) from breast cancer will occur in 2021(1). Female breast cancer has overtaken lung cancer as the leading cause of global cancer incidence in 2020, with an estimated 2,3 million new cases, accounting for 11.7% of all cancer cases(1). In Latin America, an estimated 114, 900 women are diagnosed each year and 37,000 die of the disease in the region; furthermore, both incidence and mortality are increasing(2). In Peru, the annual incidence of breast cancer is 28 cases per 100,000 population, representing 10,0% of the total cases in 2018 in Metropolitan Lima(3). In Brazil, the National Cancer Institute revealed that the number of new cases of breast cancer in 2018 was 59,700, representing the most frequent neoplasm in women in almost all Brazilian regions(4).

The average 5-year survival rate for women with non-metastatic invasive breast cancer is 90%, while the average 10-year survival rate is 84%. If the invasive breast cancer is located only in the breast, the 5-year survival rate of women with this disease is 99%(1). People with breast cancer often get more than one kind of treatment; these include surgery, hormone therapy, biological therapy, radiation therapy and chemotherapy. Transarterial chemoembolization, or TACE, is a non-surgical and minimally invasive procedure that consists of combining the local administration of chemotherapy with a procedure called embolization. This procedure can be used to treat breast cancer, especially the metastatic type(5). Although considered relatively safe, it has been associated with several complications, including spinal cord ischemia(5).

Spinal cord infarction is a rare entity (and, therefore, not extensively studied) and with a poor prognosis, whose causes need to be fully recognized in order to avoid them. The importance of understanding the relationship between the interventional procedure of chemoembolization and spinal cord ischemia as a potential complication of the process lies in the fact that it is an extremely rare but potentially fatal complication, whose incidence and prevalence is gradually increasing. In spite of being catalogued as a procedure with a high level of safety, it is necessary to recognize that this cataloguing is relative in order to avoid unnecessary risks for the patient. This is the case of a 51-year-old woman with spinal cord ischemia after chemoembolization of a friable neoplastic lesion of bilateral chest hemorrhage, without improvement after conservative measures.

A 51-year-old white female patient from the city of Sao Paulo - Brazil with no relevant family history, diagnosed with malignant breast neoplasia in 2012 and since then subjected to surgeries and treatments specified in the timeline of her evolution (Figure 1). She came to the emergency room for chest pain and bleeding because of a bilateral friable neoplastic breast lesion (Figure 2) that, due to conservative measures, did not show improvement. She was subsequently called to the endovascular interventional radiology team and it was decided to embolize the lesion to decrease tumor bleeding. 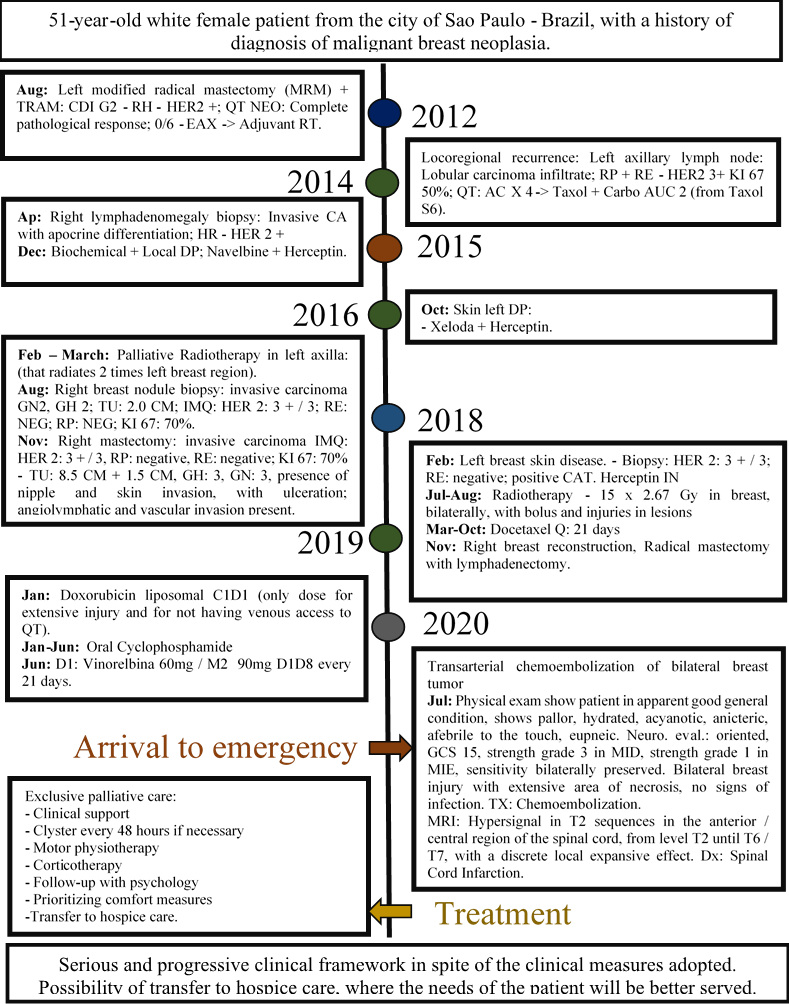 Figure 2. CT Chest. A: Axial with contrast in the venous phase, and B: 3D reconstruction showing heterogeneous infiltrative breast tumor.

In the immediate postoperative period, the patient did not present complications, except for discomfort in the dorsal region in the path of the dermatome, which at the time of evaluation was suspected of herpes zoster. In the area of tumor involvement (Figure 2), there was a significant improvement in the friable areas, with slight bleeding upon manipulation. One day after the procedure, the patient presented crural paraparesis grade II in the right lower limb and grade I in the left, as well as global hyporeflexia of the lower limbs, with maintenance of distal movement, without tactile, thermal or painful changes.

An MRI of the total spine was performed that showed a heterogeneous signal in the spinal cord, characterized mainly by hypersignal in the T2 and STIR sequences in the anterior / central region of the spinal cord, affecting from the T2 level to T6 / T7, with a slight local expansive effect. There was no abnormal impregnation after the injection of the paramagnetic contrast medium (Figure 3). The observed characteristics allowed the diagnosis of ischemic vascular damage of the spinal cord in the territory of the anterior spinal artery. Brain MRI shows no signs of cerebrovascular accident or other lesions such as metastases (Figure 4).

Figure 3. Multi-sequence MRI of the thoracic spine. A: Axial T2, B: Sagittal T2 and C: Sagittal STIR, showing heterogeneous signal in the spinal cord, characterized mainly by hypersignal in the anterior / central region of the spinal cord, affecting from level T2 to T6 / T7, with a slight local expansive effect. D:Sagittal T1, and E:Sagittal T1 post contrast with fat saturation, showing absence of lesions suggestive of metastases or that promote spinal compression. 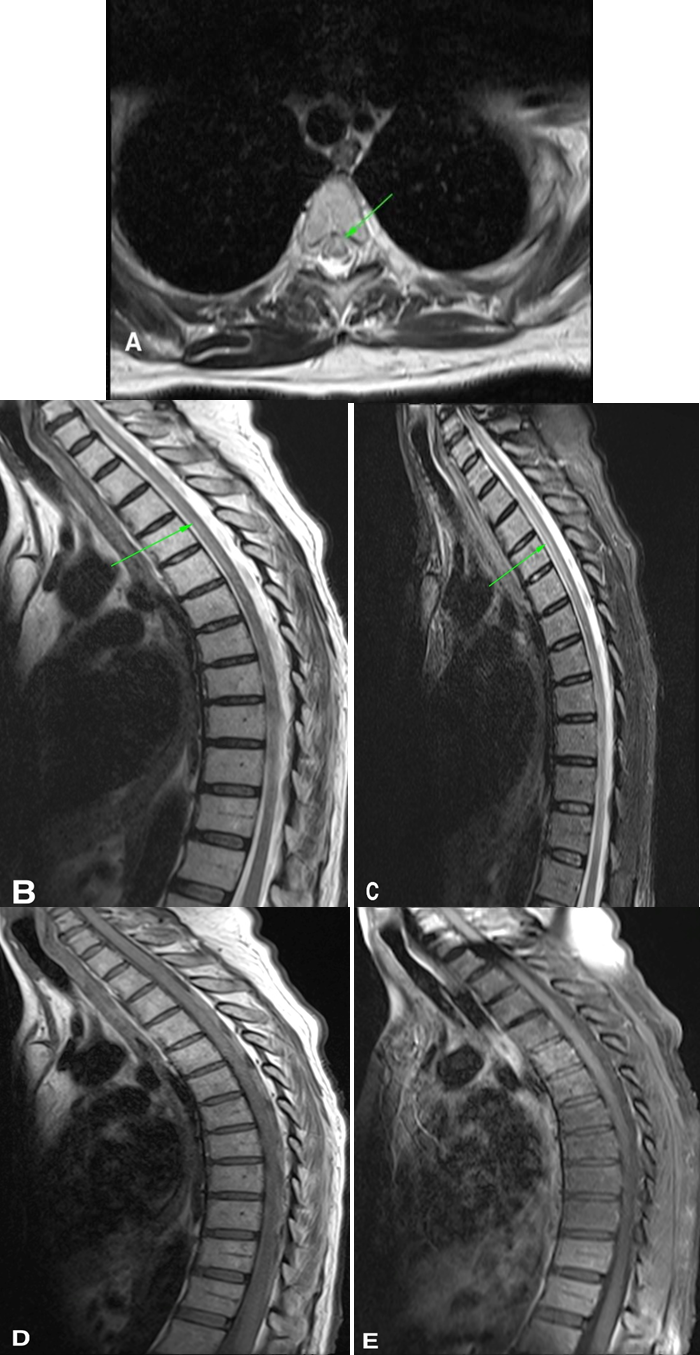 Figure 4. Multi-sequence MRI of the brain. A: Axial T1, B: FLAIR, y C: Diffusion. Showing absence of signs suggestive of cerebrovascular accident or some other lesion such as metastasis.

Following the MRI findings, a multidisciplinary assessment was performed to maintain exclusive palliative care, indicating: clinical support, motor physiotherapy, corticotherapy, follow-up with psychology and prioritization of comfort measures. Due to the severe and progressive clinical picture of the patient despite the clinical measures adopted, her transfer to a hospice care service was considered, where the patient's needs will be better served.

The importance of this case report is based on the fact that spinal ischemia secondary to transcatheter arterial chemoembolization (TACE) is an extremely rare but potentially fatal complication associated with a poor prognosis. Epidemiological data indicate that the incidence and prevalence of spinal cord ischemia is gradually increasing, so it is essential to recognize that chemoembolization may be a cause associated with this entity, in order to avoid unnecessary risks in the patient and to warn of its possible expression for its corresponding prevention, especially when applied to prevent bleeding from a friable bilateral neoplastic breast lesion as reported in this case.

A case report that presented a similar complication after the chemoembolization procedure was that of Park S., et al., in a 57-year-old male patient from Seoul - Korea (2012)(9). He developed paraplegia after performing TACE through the intercostal artery to treat hepatocellular carcinoma that metastasized to the rib. Although the MRI study showed no abnormal findings in the spinal cord, it was speculated that TACE caused an ischemic spinal cord injury based on the clinical picture observed. Pulse steroid therapy of 1,000 mg of methylprednisolone per day for 5 days was started immediately and rehabilitation treatment was instituted(9). Unlike the reported case, this patient was male, the type of cancer was rib metastasis of hepatocellular carcinoma and did not present the finding of spinal cord infarction on MRI.

Another case similar to the one reported is that of Bazine A, et al(10), who presented a 62-year-old woman from Morocco-Africa with a history of type 1 diabetes mellitus who, during the TACE procedure for hepatocellular carcinoma, suddenly experienced deterioration below the dermatome and bilateral lower extremity motor weakness. Spinal MRI was performed 24 h after the TACE procedure and revealed increased intramedullary signal intensity at the T10 level in T2-weighted images, being diagnosed with SCI. She was administered high doses of steroids and supportive therapy. Unlike the reported case, the type of cancer was hepatocellular carcinoma and the level of spinal involvement evidenced in the MRI was lower.

In view of the bibliographic study carried out, the case report developed is of much greater interest and importance because it is one of the few that relates spinal cord infarction with chemoembolization and the only one that specifically refers to breast cancer. Although 45% of the patients do not have a spinal hypersignal on MRI, as the case reported by Park S, et al(9), the reported case clearly showed a hypersignal from the T2 to T6 / T7 level, an area anatomically more extensive than the one recognized in the case presented by Bazine A., et al1(10). An important tip that can be used to improve the results in the MRI is the use of the high diffusion signal (DWI) with low signal in the ADC, showing restriction to the diffusion of water molecules(11,12,13), not routinely performed in some services.

Spinal cord vascularization is mainly provided by the anterior spinal artery, posterolateral spinal artery, and arteria radicularis magna or Adamkiewicz artery. The latter appears on the left side of the aorta between segments T8 and L1, which is an important data to be taken into account in vascular pathologies or intrathoracic intervention procedures, especially in the dissection or treatment of aneurysm with endoprosthesis in the aorta(14).

There are 2 main pathophysiological mechanisms of spinal cord ischemia(15): infarction of the radicular artery territory (anterior or posterior bilateral spinal artery infarctions and unilateral infarctions) and extensive spinal cord hypoperfusion (central and transverse infarctions); each one with clinical, imaging, pathogenic and prognostic characteristics(15). Different causes have been recognized, such as: cardiac malformations and trauma in children; in adults, atheromatosis, thoracoabdominal aneurysms, aortic surgery, embolic disease, dissection, systemic hypotension, spinal arteriovenous malformations, diving, coagulopathies, cocaine, sickle cell disease, and idiopathic causes(15). It was also described as a complication after neurovascular interventional procedures (treatment of basilar artery aneurysm) or embolization of bronchial arteries after hemoptysis in up to 3%.

The exact mechanism of spinal cord infarction after interventional procedures has not been well established, as a direct branch of the spinal cord is almost never embolized (intentionally or not). However, it is believed that after embolization of any thoracic arterial branch (as in this case with the mammary tumor irrigated by intercostal branches and / or internal thoracic arteries), it promotes hypoflow of the Adamkiewicz artery, anterior spinal and mainly in the wide network of segmental and collateral that irrigate the spinal cord, leading to ischemia and later spinal cord infarction(15). The clinical picture of the patient involves weakness and paresthesia of the lower limbs, as well as urinary incontinence. In addition to the clinical manifestations, MRI is the main method of diagnostic assistance. The study of arteriography has been an aid for the diagnosis, but it is less used because it is a more invasive method. The main differential diagnoses include: medullary metastasis (breast in this case), compressive myelopathy and infectious transverse myelitis, among others. The patient was referred from another service, so a limitation was the limited availability of data on her first procedures and pharmacological treatments.

It is concluded that the chemoembolization procedure, even applied to stop the bleeding of a friable bilateral neoplastic breast lesion, is related to complications such as spinal cord infarction despite its high safety and efficacy in patients with higher risk of surgery or with contraindication. Although spinal cord infarction has a low incidence (up to 3%), these numbers are gradually increasing and it is considered potentially fatal, so it is necessary to recognize this relationship; this with the aim of informing the patient about the possible results of the procedure, exercising the necessary prevention and reducing the side effects that can lead to significant morbidity and mortality. An important tip to improve the diagnosis of SCI by MRI is the use of the high diffusion signal (DWI) with low signal in the ADC, which shows restriction to the diffusion of water molecules. Any conduct should always be discussed with the patient or her legal representative and the requesting physician, maintaining informed consent.