Vaccines are biological results that encompass one or multiple antigens that are supplied with the purpose of performing a respective immune stimulus, which seeks to mimic the natural infection, developing immune replication with the purpose of safeguarding it in the following presentations to the respective microorganism.(1) They constitute one of the most efficient public health interventions in terms of cost reduction and morbimortality of preventable infectious and contagious diseases.(2) Systematic vaccination programs have led to the disappearance of smallpox, reduction of the spread of poliomyelitis in practically the whole world and the surveillance of diseases such as measles, tetanus, diphtheria, rubella or massive Haemophilus influenzae disease.(1)

The World Health Organization indicates that organized vaccination covers four out of five children where all three doses of diphtheria, tetanus and pertussis vaccine (DTP3) have been administered, in order to safeguard them against dangerous infectious diseases that can lead to severe disorders and disabilities up to mortality.(3)

Globally according to WHO, immunization coverage remains around 86% since 2010. A 95% coverage is needed globally covering countries and communities to ensure protection against vaccine-preventable disease outbreaks.(4)

In Peru, there is a national vaccination scheme which has a succession of the organization and the way vaccines are provided formally accepted by the Ministry of Health with the purpose of cooperating to increase the quality of health of the inhabitants by controlling preventable immune diseases being seventeen vaccines incorporated in the national scheme up to the year of age.(4) There are vaccination indicators that allow monitoring the access, follow-up, results and impact of "The National Sanitary Strategy of immunizations" where the percentages that measure the performance and coverage for the fulfillment of the complete vaccination in a child are calculated.(4)

In Peru, vaccination percentages are obtained through the Demographic and Family Health Survey (ENDES).(4) Therefore, it is of vital importance to determine the main risk factors in our environment that generate non-compliance with the basic vaccination schedule and thus detect them in order to generate recommendations for adequate compliance and expand national coverage.(5)

Design and study area: The present is an Observational, retrospective analytical and cross-sectional study of a secondary analysis of data from the National Demographic and Health Survey (ENDES) of 2018.

Population: It is constituted by minors aged one to five years old in Peru in the year, registered according to the 2018 Demographic and Family Health Survey database.

Sample: The type of sample is Bi-stage self-weighted, in the first stage the Primary Sampling Unit is selected by clusters and the second stage the Secondary Sampling Unit is selected to dwellings resulting in 18 104 participants. The statistical and cartographic information from the National Population Census XI and Housing Census VI of 2007 and the SISFOH Update 2012-2013, and the cartographic material updated for this purpose in the cartographic updating process carried out for the execution of the DHS. The databases are available in the "Microdata" section of the website of the Instituto Nacional de Estadística e Informática del Perú (http://inei.inei.gob.pe/microdatos/).(4) The following sample selection criteria were used:

• Children older than one year (12 months) of age registered in the DHS 2018 data center. • Minors whose mothers or caregivers had presented vaccination health card or given report to the interviewer. • Children whose mothers have provided information concerning the study variables.

• Mothers or children with missing or incomplete data concerning the study variables.

As techniques and instruments for data collection:

The questionnaire implemented in a mobile device: Tablet was used as an instrument, and as a technique the survey conducted in the homes selected to fill out the questionnaire. The variable description section was subsequently visualized and the data files were selected (http://webinei.inei.gob.pe/anda_inei/index.php/catalog/306/vargrp/VG26).(4)

The dependent variable in:

REC43: This file contains information on Immunization and morbidity: Immunizations received by the infant.

REC95: This file contains information on variables on the topic of health and immunization.

REC41: This file contains information on pre-natal and delivery care.

RECH0: This file contains information on household characteristics such as.

REC91: This file contains information on domestic violence, as well as on Sexually Transmitted Infections during pregnancy.

Once the variable of interest for the present investigation had been identified, a data file was formed with all of them, taking into account the identifiers according to the DHS (CASEID, HHID). After this, the missing data were eliminated, leaving a sample of 18,104 children between 1 and 5 years of age.

For the ordering, processing, tabulation and analysis of the results, the SPSS version 25 statistical software was used and the tables were captured in Excel 2016. To obtain the results, the SPSS complex samples module was used, for which the weighting variable V005, the conglomeration variable V001 and the stratification variable V022 were identified; the CSPLAN file was generated with them, maintaining the DHSES sample design. Subsequently, STATA V16 software was used to calculate the prevalence ratios for both the crude and adjusted prevalence ratios using the Poisson regression model with robust variance.

It should be noted that the varicella vaccine was not included in the ENDES records, so it could not be taken.(27)

In the database used are of public access through the web page of the National Institute of Statistics and Census, that institution has classified each occurrence of the study with tools to safeguard the identity of each participating individual, where without diminishing its statistical benefit, it is difficult to infer what could be the profile of a precise person. The study was approved by the Institute of Research in Biomedical Sciences of the Ricardo Palma University and the registration and approval of the Faculty of Human Medicine.

Limitations of the study

The present study is limited to prenatal risk factors that influence non-compliance with the vaccination schedule, but does not take into account other factors such as biological factors, postnatal factors, underlying diseases of the mother and child. 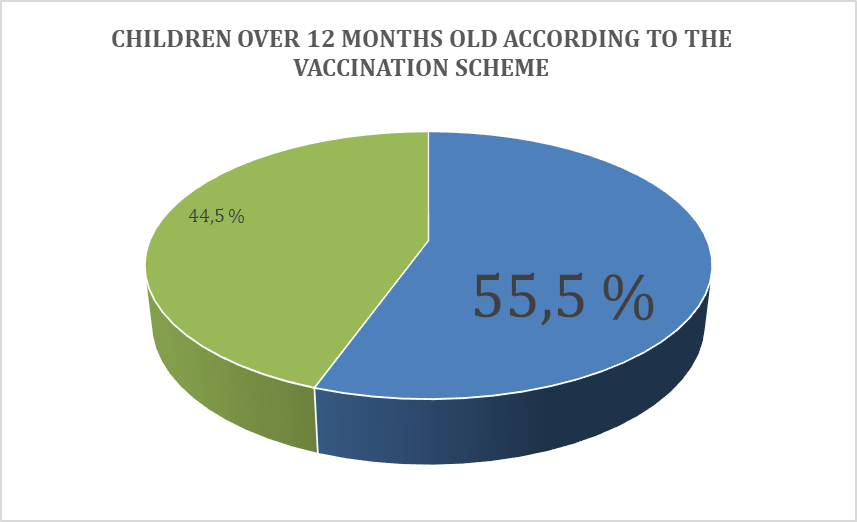 Table 1. General characteristics of mothers with children older than 1 year according to ENDES 2018.

Table 2. Risk factors for mothers with children under 5 years of age according to whether they comply with the vaccination scheme.

Table 3. Crude and adjusted reasons for prevalence (PR) among the factors with non-compliance with the vaccination schedule in children under 5 years according to the ENDES 2018.

Table 4. Multivariate analysis of factors with noncompliance with the vaccination scheme in children under 5 years of age according to ENDES 2018.

Vaccination non-compliance rates vary according to the income of the countries, with middle and low income countries having a high rate on average and higher income countries having a lower rate. The rate in China, according to Cao et al(6), reports 6.9% non-compliance in younger children. On the other hand, in Mexico, a country with similar sociocultural and demographic characteristics to our country, Palacios(7) estimated the rate of noncompliance with the vaccination schedule in younger children at 35%.

In our study, 55.5% of children between 1 and 5 years of age did not comply with the vaccination schedule, a rate above that of middle and high income countries and far from the WHO world recommendations. Similarly, in the Peruvian population, Achuquín(8) in 2017, found 22% non-compliance with the scheme, so we deduce that the percentage found in our study would not be in the expected range since the previous study did not take into account the complete scheme but only 7 main vaccines and in an analysis where the same vaccines were taken, it was found that 21.3% of children aged 1 to 5 years did not comply with the vaccination scheme in 2018 according to ENDES, which would be in the expected range according to INEI.(9)

The wealth index could have an association because, although vaccines are free, the condition of poverty means that mothers are often unable to take their children to the health center because they do not have the economic means such as transportation and food, among others(8). Morton(11) in Australia in 2018 found that 26% of children in extreme poverty did not comply with the vaccination schedule and Sheikh et al(10) in Bangladesh identified extreme poverty as a risk factor associated with non-compliance with vaccination with an OR= 2.2. Likewise, Achuquín(8) in Peru found 28.2% poverty (OR= 1.10, p= <0.01, CI= 1.07- 1.26) found socioeconomic status as a factor associated with noncompliance (gamma= 0.553, sig (Bilateral)= 0.003 and p= 0.01). In our study we found that 24.4% of children in the very poor quintile did not comply with the vaccination schedule, but without statistical association, in contrast to our antecedents, because the antecedents that did show an association were in other countries or with samples of minors.

According to the natural region considering the accessibility of vaccines, being better in lima because in provinces there is difficulty in transporting and complying with the entire cold chain in vaccines(16). According to Achuquín(8) in 2017, there was no association between the natural region and non-compliance with vaccination.

As in our study, it was found that 26.1% of underage children did not comply with the vaccination schedule in the highlands. In both studies, no statistical association was found, which could be due to the sample and size.

• Through our work, it was obtained that the variable young age of the mother, prenatal controls less than 6 and the non-application of tetanus vaccine in the pregnant woman is associated as a risk factor for noncompliance with the vaccination schedule in children under 5 years of age in 2018.

• No significant association was found between noncompliance with the vaccination schedule in children under 5 years of age with the place of residence, educational level of the mother, wealth index and natural region possibly due to the population used, as this generates many biases and limits the study.

Authorship contributions: The author participated in the generation, writing and final approval of the original article, as well as in data collection.
Financing: Self-funded.
Conflict of interest: The author declares that she has no conflict of interest in the publication of this article.
Acknowledgment: We thank Dr. Jhony De la Cruz Vargas for his collaboration with the development of this article.
Received: January 03, 2021
Approved: February 08, 2021.